How I Learned to Love Cooking

I love to cook. I love it so much that not only do I cook nearly every day, but it actually causes me discomfort to eat food I didn’t prepare. Crazy I know. I read about cooking, I watch videos and I write as much as I can.

But I wasn’t always like this. In fact, the love of cooking was almost pushed right out of me. I was a fan of restaurants, of eating out, of the love affair of being served. Even though part of me still liked cooking, I resisted it, I resisted the idea that I, an independent woman needed to cook, for me, for anyone.

As a young girl I had a wonderful teacher. Technically she was my second cousin, twice removed, but to me she was Tante, French for aunt, the closest thing to a grandmother I had.

With Tante we made Angel Food Cake, Butterscotch Sauce, Johnny Cake (sweet cornbread), Creamed Lamb on Toast (her version of  S.O.S. which stood for “Shit on a Shingle” dubbed by servicemen who at the same dish with chipped beef during the war) and Weber Duck spread among others. She was one of those cooks who never measured, everything was a “pinch” or a “smidgen”. She was happiest in the kitchen, knowing she was making something delicious for people she cared about. These were fond memories and instilled in me a love of cooking.

Tante was in contrast to my own mother who seemed to be in constant battle with the food she served. My mother can cook, quite well when she puts her mind to it, but it didn’t make her happy. Nutrition dominated her view on food but what was the most nutritious seemed to change from time to time which gave her a constant sense of uncertainty. She was never really sure if what she was serving being the optimum nutrition and since that was what was the most important to her, she could never really enjoy food.

At age of 9 I went to live with my father after a long and complex custody battle. My father, who had been a “super dad” on visits, showering me with attention, was someone totally different when I moved in. My father, like my mother, seemed to view food as only a source of nutrition but unlike my mother, he was not particularly concerned with the quality of the nutrition, just as long as he didn’t have to prepare any of it. Food was an interference with his true purpose: art.

So in I come, trained by the best, Tante, and my father basically expected me to be the little wife and cook all the meals. The experience that had been so magical and wonderful now became a chore, an expectation, a duty, a drudgery. I wanted no part of it. A kid helping her grandmother with meals is a far cry from cooking entire meals on a daily basis for an adult.

We never had much money so the ingredients weren’t that good anyways. I found myself trying to make the worse possible meals in hopes that I would be relieved of the task but it did not work. No matter how much Hamburger Helper or Chunky Soup I made, I was still cooking day in and day out. The only break I would get is when my father’s one patron would take us both out to dinner once or twice a year. He was a stock broker so he kept late hours, rising just before the market closed. We had dinner around 11pm…it was NYC. Compared to the burden of daily cooking, eating in a restaurant was magic. And, of course, the food tasted way better.

Thus it is no surprise that when I left home I wanted to leave the chore of cooking too and embrace the love of dining out. This was true of me for years. I always had the facility to cook but avoided it except for special occasions when I was sure to get lots of praise. So how is that now, I have returned again to the magic of the home kitchen? I can thank my father for this, although, ironically, it has nothing to do with food.

When I moved in with my father and took over cooking, it gave him the freedom to focus one hundred percent on art. He would mix his own paints in jars all over the studio. Then he stared for hours at blank canvases until, usually the middle of the night with jazz music blaring, making it impossible to sleep, he would burst onto the canvas and paint.

At the time I resented his art, the art that dominated his attention and forced me into an unwanted role.  But later, I came to remember my father talking about mixing paints. He had developed his own form of resin and was experimenting with it. He described how
glazes in the paintings of Vermeer and Rembrandt were created in layers of translucent glazes. A glazes of burnt umber followed by yellow ochre and then white. The paintings seemed to glow from within from the layers of color. This color was made from powdered pigment, in the Renaissance era it was hand ground and mixed with egg yolk. The layers of color on the painting were like notes in a song, working together, or even more aptly, like flavors in a dish.

So it was that in remembering my father’s process I was able to bridge back to my love of cooking and combine my creativity in a different outlet: nourishment.

I started cooking more often, collecting cooking books, watching the Food Channel, practicing more. But I still loved eating out on a daily basis. I would cook elaborate feasts on special occasions for my friends but had no desire to cook regularly.

That all changed when I met my ex. I had been cooking more and more as the years passed but in the Dominican Republic I had the luxury of a nanny/cook. I planned the menu and even showed her how to make things but she did most of the work. When my ex came into my life my priorities changed. In India, the preparation of food is the highest form of expressing your love. I started cooking all the evening meals. Then times got tough and we had to do without household help and I took over all the meals.

At first it was overwhelming, so much to do, but then I started to get organized and not only did I find myself cutting the work down but enjoy it more and more. The smiles on the faces of my ex and children as they enjoyed the food I made them was well…priceless.

Now I couldn’t imagine not cooking nearly every day. I say “nearly” because even I need a break. Plus I cook so much that if I don’t take a day off here and there to serve leftovers, we would run out of room in the fridge.

Joking aside, I know in this day and age it is hard too have the time too cook your own food. North American culture is especially hectic and food preparation is abandoned for fast and easy solutions. But, I can not emphasis enough the benefits of home cooking in terms of nutrition, budget and family bonding. It is so worth it. Take baby steps and make small changes. I’ve written different posts with tips on how to do it. Even a small change can make a big difference and small changes lead to bigger ones. That’s how it happened for me… 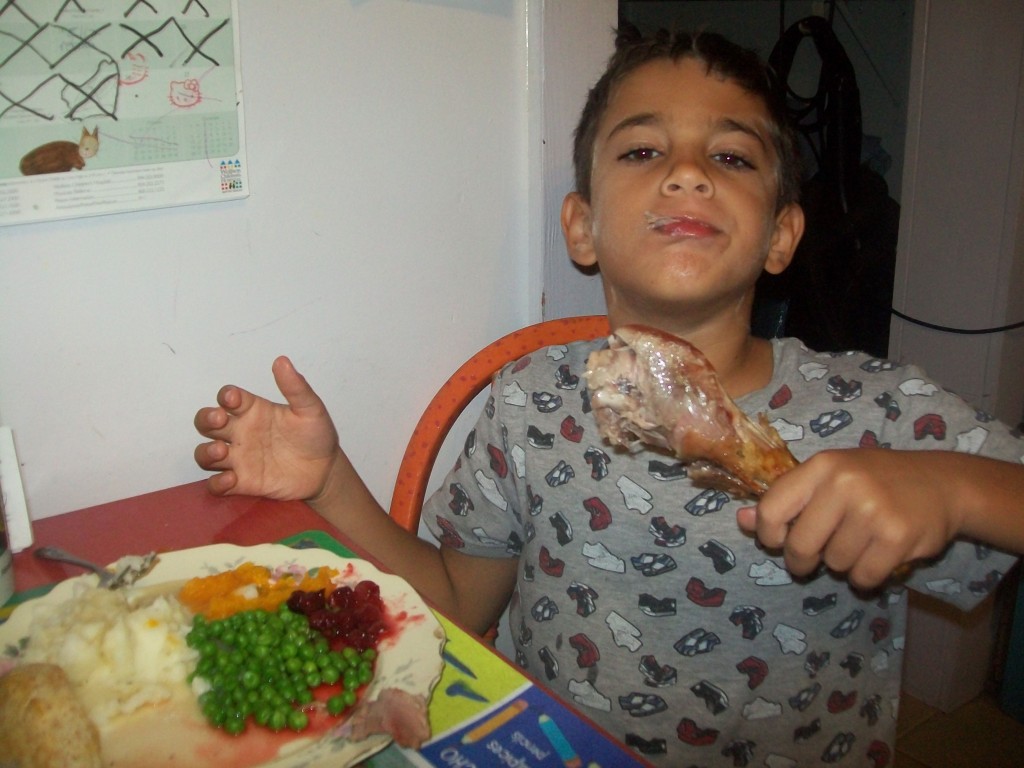