To Cook or Not to Cook

It used to be that the question of whether to cook or not to cook was never asked. This is because cooking was not optional, it was necessary for survival, at least it has been since humans evolved from eating raw meat millions of years ago. For once humans learned to cook, it changed not only how we eat but our entire civilization. We had more time because eating cooked food digested faster and required far less chewing. We formed societies around cooking. Bread, for example, required a farmer, a miller, and a baker. Cooking became the basis of cultural heritage and communal celebration.

Today that has all changed. Cooking hardly seems necessary with pre-made options available everywhere, even at gas stations, fast food chains selling food so cheap, and the push to hurry, hurry and get more done. Life in the modern age.

I have always loved to cook, being blessed with an adopted grandmother who had me cook with her. She cooked rich food steeped in history. Cooking came with stories, memories and fun. It wasn’t serious, measured or anything to worry about. You felt it, enjoyed it and honored the process. But as much as I have enjoyed cooking, it wasn’t until I had kids of my own that I really took it seriously, that I considered what was going into my body and theirs. When I was younger I would cook for special occasions, like many people do, showing off a recipe or two. I had dinner parties, some rather ambitious ones, but cooking on a daily basis seemed boring and time consuming, even time wasted, when there were so many options available. But with kids, I began to consider how many hands were involved in getting that meal to my table — who touched it and how the food was processed before it got to my plate. 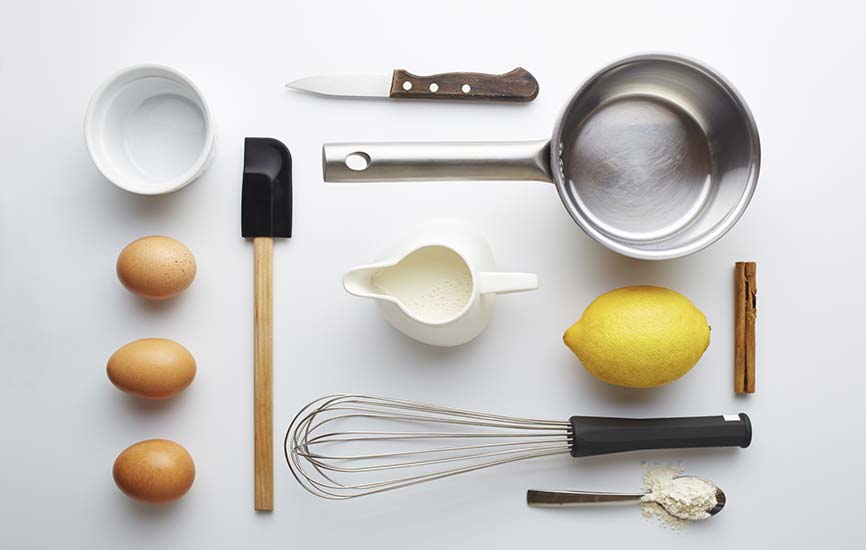 Recently I watched a wonderful show on Netflix called Cooked by Michael Pollan, a series based on a book by the same name. In the series, Pollan say that now, “corporations are cooking our food”.  It’s true that if you ‘cook’ from highly processed foods (note I put the word cook in quotes because to me it is mixing not cooking, like when someone says they ‘baked’ a cake but it all came from a box) you are letting a corporation cook for you. But let’s say you are trying to do better than that, and buy a veggie burger instead of hamburger helper, or a rotisserie chicken from the local grocery store instead of KFC. You may be choosing healthier ingredients and possibly fewer hands but unless you are cooking, from raw ingredients, the food you eat will be more processed and contain more ingredients (aka bad stuff) than if you cooked it yourself.

But that is all fine and good we say, as many of us don’t have time to cook. That time that could be better spent on other things, or so it seems. What we have forgotten, however, in all this rushing around, is that what goes into our bodies directly affects our ultimate health. We wouldn’t consider putting anything other than gasoline in a gas-powered car, no matter the convenience, we wouldn’t swap laundry soap for baby powder and expect our clothes to be clean, yet we have gone from eating fresh, simple, homemade food, to food laden with fat, sugar and lots and lots of chemicals. Then we wonder why we get sick after years of such a diet.

I get it. As much as I cook, I have been known to serve take out, to heat up something pre-made… once in a while. It can be necessary for balance, for a break, but if one depends on others to provide our nutrition, it is a risky move. That being said, one doesn’t have to go to the other extreme of cooking. I love the concept of making everything from scratch, however, I realize that is not realistic. Nor is it realistic to afford organic, non-GMO, locally farmed food on a regular basis. But, if we minimize processed food in our diet, and cook simple, fresh meals, it’s really not that hard to do, or that time-consuming. 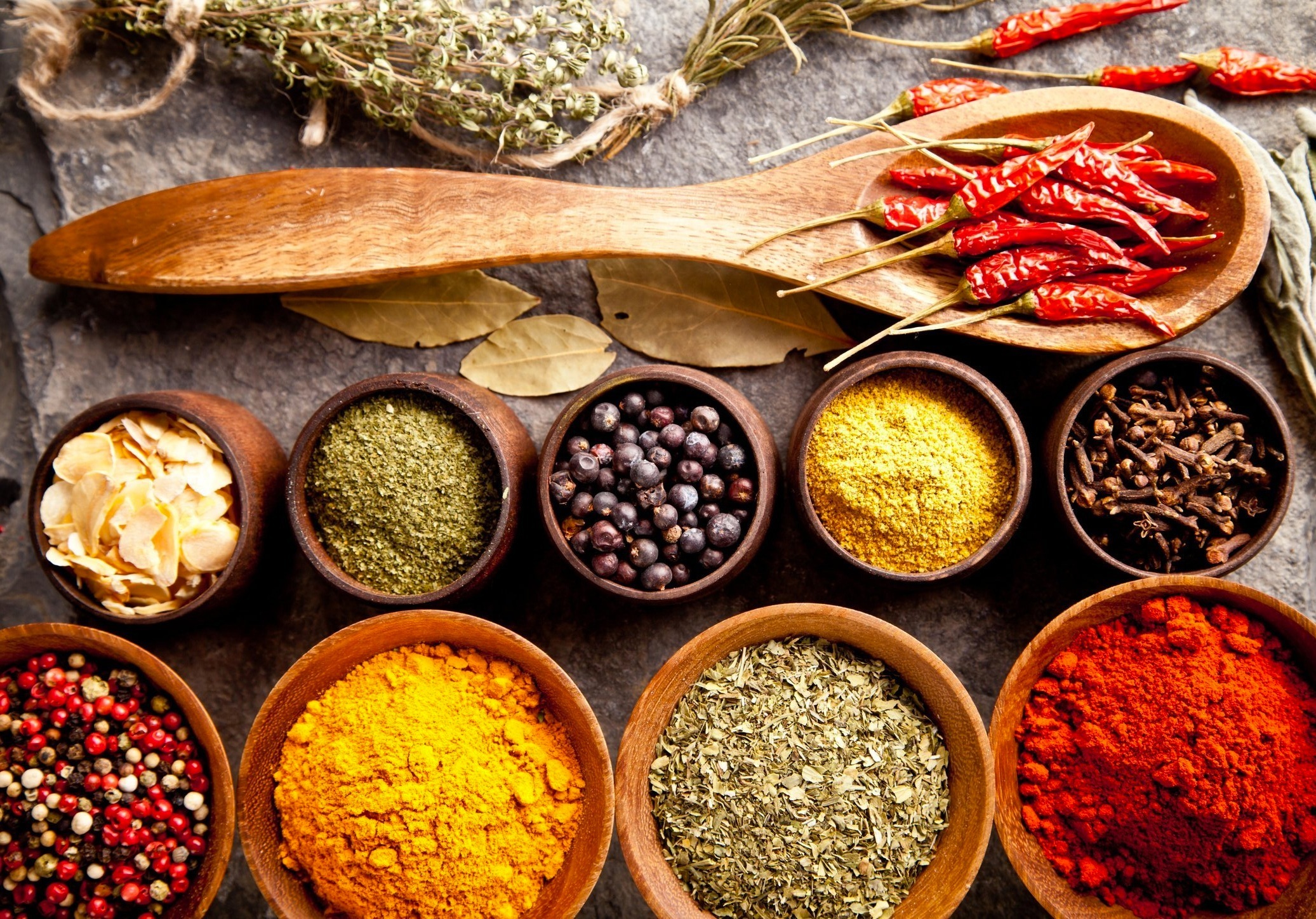 So how do you begin? Here are my suggestions.

Learn how to cook a few of your favorite vegetables.
Skip frozen whenever possible and definitely not canned. The flavor is so much better with fresh veggies. Just start with one basic way to cook a vegetable you like: steamed, boiled, sauteed, baked, and master it.

Learn basic seasoning and how often to do it.
Salt and pepper is under rated. Take a fresh veggie, like broccoli, salt the water as you boil it, cook until barely tender, then sprinkle salt and pepper with a little butter (not margarine) or olive oil. This method applies to most veggies. For added zest, if the vegetable is green, you can add a squeeze of lemon for a fresh taste. Easy peasy.

Learn a few flavor trinities of the food families you love.
All cuisines have basic food trinities that are the base of flavor. An example is mirepoix for French cooking, which is onion, carrot and celery. If you learn them then you have the building blocks for many, many meals.

Cook a lot of base ingredients for multiple meals.
For example, I’ll cook a large pot of beans and separately some ground meat (usually turkey but beef is fine too). I season both pots and from this I can make:

So from one batch of cooking, I make 4 separate meals. I make a lot of each and freeze half. That way I can spread meals 1 and 2 over one week and the other two meals over another and we don’t get sick of it. Other examples would be boiled chicken which can be shredded and used in:

Be organized and plan ahead.
Think about what you want to make the day before or at the very least the morning of. This will allow you to get what you need and be less rushed. Then when you go to cook, take out all the ingredients for what you need, prep everything, so the cooking process goes smoother.

Practice, practice and keep it simple.
Like anything, cooking takes practice and with practice, it gets easier and faster. You’ll learn shortcuts. Four years ago I wrote a post with suggestions on how to make cooking at home easier. But as you learn, give yourself room to screw up (it happens to me too). So keep it simple and mix and match what you learned. The same base ingredients with a different sauce can be a whole new meal.

Make the experience fun and become your ‘me’ time.
Instead of treating it as a chore, learn to make it an enjoyable experience. Put on your favorite music or show, pour a glass of wine, dance in the kitchen if you want… you get the idea. Then it is easier to dedicate the time to get it right.

Take pride in knowing you are feeding your family healthier.
This is key. Cooking does take time and work but if you think about it as a way to improve health, avoid doctor visits, medications and health problems, then it is worth it. Plus you set an example for your kids, ensuring future generations will be healthy too. 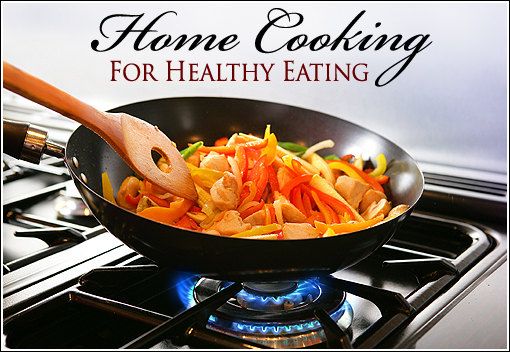