Upside Down & Backwards — Lessons Learned from the Third World

Above: Decorative gate in the Zona Colonial, Santo Domingo.

Living in the Third World taught me so much, it shaped me into the woman I am today. I have mentioned numerous times in posts before that I believe every one living in the Developed World should spend at least 3 months living in a Third World country. Nothing against missionary work, but that doesn’t really count. What is needed is experience just living as a local to gain some perspective. I lived in Haiti several months as a child and in the Dominican Republic for 8 years as an adult.

When I lived in Haiti as a young child, the adjustment was fairly easy. Life was very different there but I didn’t understand the politics, the struggle — the disparity. Instead I saw this new world as full of wonder with children who found my blonde hair magical, who played with anything they could find, of men and women who smiled, danced and sang at any opportunity. As an adult, however, even with my experience, moving to the Dominican Republic was a much rougher transition. I had become accustomed to modern conveniences and did not see the ‘wonder’ in not having them. But moving was my choice, I reminded myself, and as the time went by, I adjusted.

The adjustment was moderate at first:

But as months turned into years, the changes in me were profound:

You see the Third World is upside down and backwards compared to the Developed World where we pride ourselves on concepts like punctuality, accountability, efficiency, functionality, control. These concepts are really just powerful illusions, however, illusions which in the Third World have no power at all. In the Third World time is relative, accountability is slippery, efficiency is overruled by redundancy, nothing works as it is supposed to or at least not for long, and control, well that is the most fleeting — in this world one lives without illusions; one has to find pleasure and happiness in the here and now, in what one can see, smell, taste and touch, not in the illusions of what we are entitled to.

Now I am back in the United States, aka, the Developed World, and what I have learned from my time in the Third World has stayed with me. I am able to go through life a much calmer and happier person than I used to be and am struck by how many Americans focus on the negative and get upset by trivial things. Soon my family will be moving to Miami and when I tell people this, their first reaction is “Why would you want to live there? It is like living in a Third World country!” No, not quite, as anyone who has lived in one would know, but Miami’s concentration of immigrants do make it a very foreign place to live. That is exactly why we are moving there. 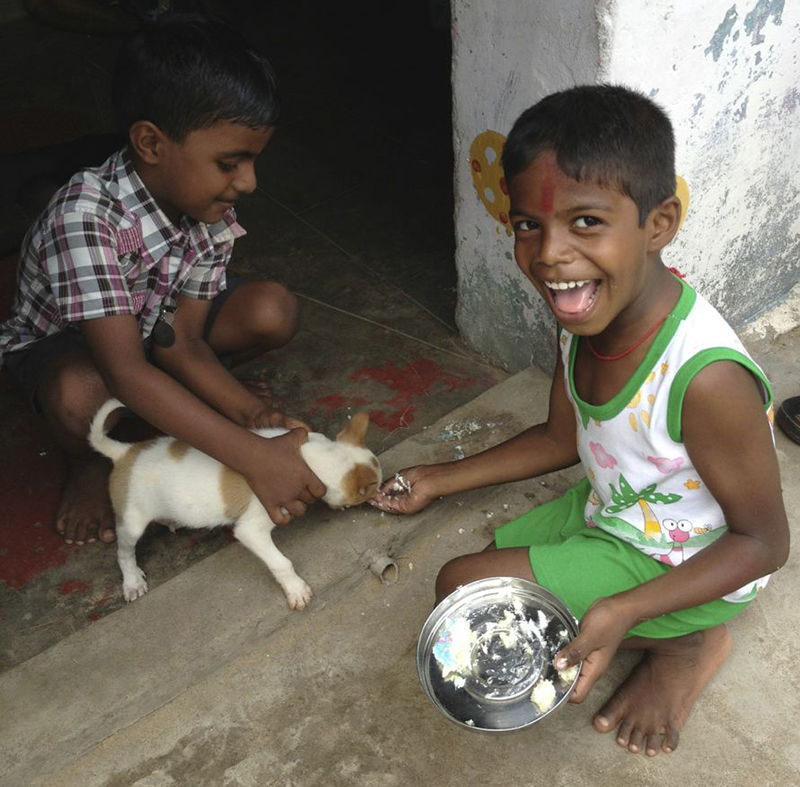 Smile more.
It truly amazes me how people in the Third World, whose lives are far worse off than ours, seem so much happier. It really is true.that if you smile more, the physical act of smiling, can make you happier. I found when living in the Third World, I felt lighter, happier, and smiled more than I had back in America, when in many ways I had so much more. This was because people in general found things to smile about and that made them happier.

Time is relative.
Time is probably the most obvious difference between the Third World or at least the tropical part) than in the Developed World. “Tropical Time” we used to call it. The truth is that time is beyond our control. In the Developed World things run more efficiently and companies compete based on how quickly things can be produced or delivered. But Time answers to no one and sometimes, even in the most efficient places, delays happen, things get screwed up. In the Developed World we freak and threaten to sue. In the Third World nothing is expected on time, even the workers say they will come in for work “Si Dios quiere.” (If God wants.) so they have a built in excuse. If time is beyond one’s control then it’s not worth stressing about.

Food should be shared and honored.
In the Developed World we are always in a rush. Even in my son’s elementary school, lunch is only 25 minutes. As an adult there is even less time and we try to squeeze in meals while driving, in front of the computer, or at our desk. We often eat alone and we never think of honor what we eat except for holidays. In the Third World, however, food is sacred. Food sustains life and it is eaten in groups whenever possible, shared among family and friends, and honored for its presence. The sharing of food is so important in the connection to culture and family. It is something that we in the Developed World have lost and are searching for.

Reuse and re-purpose.
Recycle is a buzz word in the Developed World as we are slowly coming to realize the impact of our gluttonous consumerism but in the Third World, while recycling is still slow to be implemented, reusing and re-purposing things are common. Nothing useful is ever thrown or given away and if something breaks it is repaired again and again. Often an item is used for multiple purposes, many not what they were intended for. A strainer becomes a juicer, a knife a can opener, and duct tape with wire the solution to fix anything.

You need less, far far less, than you think you do.
We have grown so accustomed to our comforts here in the Developed World. So comfortable have we become that we are convinced that we need these comforts when in fact we really do not, we just like them. We need food and water, some form of shelter and to be safe but beyond that, everything else is a luxury. If it is bitterly cold, and our home is heated with electricity then we need it but otherwise we do not. I, like all of you, do not like being without electricity or running water but I have, for several days at a time, while raising very young children, and look, we all survived. A little discomfort is good for some perspective. It allows you to appreciate the sunny day, the beautiful view or the smile your child gives you.

Be filled with gratitude for absolutely everything you can.
The Third World is full of struggle. After living there for 8 years I was amazed at how easy life is in the United States. When you live in the Third World, unless you are part of the elite, you learn to get through day by day, to keep on keeping on. They way you do this it to be grateful for everything that is good, that goes right, that makes you happym whether it be good food, a beautiful day, a smile from a stranger, a hug from your child…anything and everything. More than just giving thanks, you need to amplify all that is wonderful in your life.

Celebrate the good, move past the bad.
At one point, while living in the Dominican Republic, money got very very tight and I moved to a more remote location to save money. There, the power would go out sometimes for 2-3 days at a time. When the power was out, the pump couldn’t run so the water pressure quickly left and the only way to get water was to haul it out of the cistern, an underground water tank. The house I lived in was in a village far outside of the capital and when the power would go out the entire area would be pitch black except for one or two houses that had a small inverter (battery power back up) and some fires from burning garbage. Total silence and near darkness surrounded me but I didn’t hear any complaints or anger. Everyone just adapted and got the candles out, gathering around to pass the time talking. But, when the power returned, it was a party. The music blared, people sang and danced. Everyone was happy. Sometimes the power would only be on for 10-15 minutes but even in that short time it was enjoyed.

Be as patient as long as you possibly can and then wait a little longer.
I grew up in NYC and anyone who has been there knows that New Yorkers are not typically patient people. I was no different. I was used to being efficient, to being able to plan and predict. None of that applies to the Third World. Nothing is on time or goes as planned. All one can do is surrender. If you think you know how long something will take then it is probably 3-4 times longer than your longest estimate. So many times I had given up on something only to have it finally happen way, way later. Being forced to be patient for so long eventually made me more patient in general and this is a much more peaceful way to be.

Life has a soundtrack — dance & sing to it.
In the Third World there is always music. People sing and dance while they work, play, celebrate, grieve…music is a part of life and the expression of life through music is not self-conscious but rather another form of communicating their experiences.  While the type of music and dance varies broadly from country to country in the Third World, its presence does not. In Latin America and the Caribbean the music is loud and punctuated by strong rhythms; the dances are sexually suggestive. In India the music can be eeire and soulful or it can be fast and rhythmic with fast dance movements performed in groups but never sexual, the dances express of feelings of love, devotion, heartbreak and pain. Compared to the Third World, the Developed World has a soundtrack of machines and engines, of speed and technology but none of feelings and life. We need to remember the healing power of music to make the soundtrack of our own life.

Soon we will be a little closer to the Third World when we move to Miami. I’m sure we will be frustrated and maddened at times but still looking forward to it.