Running Away with the Circus: Part 2 — Circus Dreams 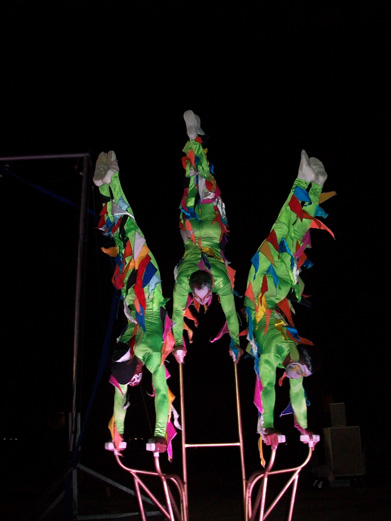 The best way to describe the show is in pictures but I will say this. From my friends’ house, the equipment, including a portable trapeze, gets loaded onto a long truck. Two trucks are loaded for different shows at two locations. The performers, mostly barrio boys, climb on the back of the trucks. It’s a 45 minute drive to the show we are going to. We ride in our friends’ minivan which is packed with the remaining performers.

At the hotel, the boys unload with flourishes and swagger, switching between regueton moves they learned in the barrio and acrobatics they do at the show. As if it is part of the performance, the trapeze gets unloaded and assembled with very little direction or discussion, just bits of dancing in between.

Once the trapeze and stands are in place they performers load on to the truck to go eat. The hotel provides the food. How they can perform on a full stomach is beyond me but a barrio boy never turns down a free meal. 40 minutes later they return, swarm into the bathrooms to put on makeup and costumes.

When they emerge to perform the show, they are literally transformed, not only in costume but in manner. From barrio boys to professional performers. It’s an impressive transformation. 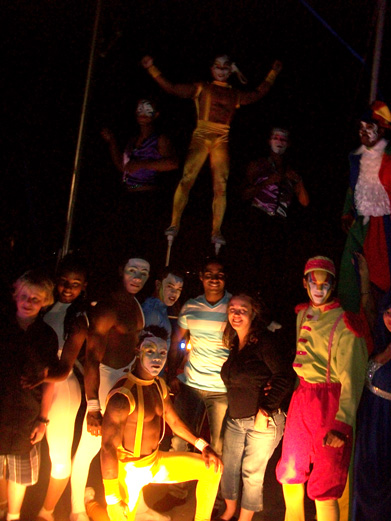 For me, the show was amazing but I expected that. What I didn’t expect was the portability of the show, how it was assembled off of a truck, and the transformation of these street kids into circus pros. The experience so impressed me that I told my friends they should campaign to the Ministry of Tourism for the Dominican Republic to promote their circus as an example of native talent, a national treasure.

Although there is a lot of talent in this country, Dominicans tend to lose focus, give up and generally abandon ideas that could, with a little momentum and time, blossom into great venture. So, that being said, The Circus of Dreams is even more of a spectacular.

2 Comments on “Running Away with the Circus: Part 2 — Circus Dreams”