The Age of Kali

Above: Kali, the Hindu goddess of destruction. [Source]

Last week we had an election here in the United States, one which was a resounding defeat to those with liberal sentiments (myself included) and an affirmation of conservative ones. Now let me state right off that this is not a political post. I find politics to be odious. While I may engage in the heat of the moment, I quickly move on. In this case I, like many others, had to move on after licking our wounds and trying to dispel worry about what this all means for the future of our country. It is then that I pull back, and think of things as not about political parties or even nations, but rather as what is happening to the world as a whole. Thinking this way helps me trust that all is as it should be. Let me explain.

So it occurred to me, when the whole elections of this past week were finished, that this country of mine, the United States, is increasingly stuck in a place of blame, and just as it could have been destructive for us, it is also for this country. Until we move past assigning blame, we will not progress. This is not an issue of politics, gender or race. It is a human issue.

Hindus believe that human civilization degenerates spiritually during the Kali Yuga which is referred to as the Dark Age because in it people are as far away as possible from God. [Source] 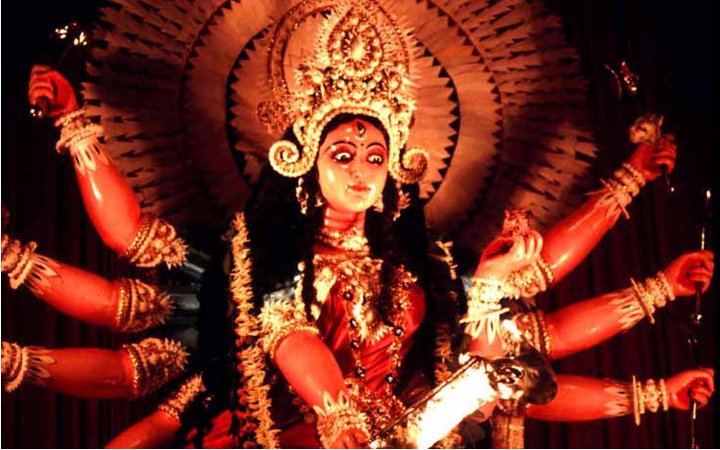 Sound familiar? It certainly does to me. We as a country are caught in a vicious cycle. We are cutting off our nose to spite our face so to speak. We know something is wrong, that life is not as good as it should be, that we have less money, less freedom and less happiness than we should. Yet, instead of taking steps to change our future, we blame someone else for our problems and deny that we have any power to change things.

Example: Ever since Obama became elected, the Republican party has declared its mission to defeat him. Love him or hate him, this is an unprecedented act towards an elected, superior official and it is counterproductive, even destructive to our country. Instead of focusing on how to channel and refine the president’s power, in the way our government was intended to work, the Republicans focused on the destruction of the president. They are embodying the very nature of Kali.

Imagine if this behavior applied to other walks of life. For example:

In your job interview you only talk about how the other candidates are unqualified. In your math homework you show all the answers that are not correct. For dinner you offer all the foods that are not good to eat.

Sound ridiculous? Not really. If the majority of our country is only focused on what is wrong then how do we have the time to do anything right? We have arrived at an age of black and white, of right and wrong. This means we are seeing issues in terms of ideology not humanity. We are blaming without rational thought. Obama, for example, is blamed for all sorts of things that he had not involvement with, like Hurricaine Katrina which happened under Bush’s presidency.

Humans will openly display animosity towards each other.

The other aspect of this coming age is denial. We blame others and we denial the evident truth. This applies to obvious issues like climate change where groups of politicians and even some scientists deny what is blatantly obvious to everyone else.

But sir, the earth cannot possibly be round!

But this denial goes deeper. We have daily gun violence, overflowing prisons, significant poverty and failing schools. We have lost our edge internationally as we fight war after war instead of investing in our own needs. And those very soldiers who we send off to fight our battles are abandoned upon return. To me it is quite clear that we are on the path of destruction.

But despite the inevitable doom, I have tremendous faith in our ability to progress once we finally get it, once we get out of our blame mode and work together. Just look at history, there are numerous examples of times such as these where the balance of power is in the hands of the few and the world suffers. That is what is happening now and sometime in the future it will happen again.
So while some people may be despondent that things are getting worse, to me it just means that we are that much closer to things getting better. Until then, as they say in Boy Scouts:

Do a good turn daily.

Note; The term Age of Kali comes from this book which I read years ago.

1 Comments on “The Age of Kali”