I didn’t begin this post with the intention to write anything related 9/11, an event I was only a mile away from during that fateful day, witnessing the drama from my window before evacuating. I wanted to write a post about access to information but lo and behold, it’s really about freedom.

The red tape and bureaucracy of our immigration system makes the seemly simple task of gaining access to information we have the right to, very complex. The biggest hurdle has been obtaining my ex’s birth certificate in apostille (international) format.

Such a seemingly simple task. I obtained my birth certificate, with the apostille seal, in only two weeks. In India, however, which has 24 official languages, the process is much more complicated. First you have to request the certificate in the native language. my ex was born in a village outside of Chennai so it’s a day’s travel for his father to go there. It takes a couple of days just to consider the request and a few more days to fulfill it. The office is closed frequently for religious holidays. Then the certificate needs to be translated from the original Tamil into English, the only language the Indian government will recognize for international documents.

It can’t be just any translation, a translation by a lawyer and then approved by the original registry. My ex used his third lawyer because the others took the money and didn’t complete the work. Months have gone by. 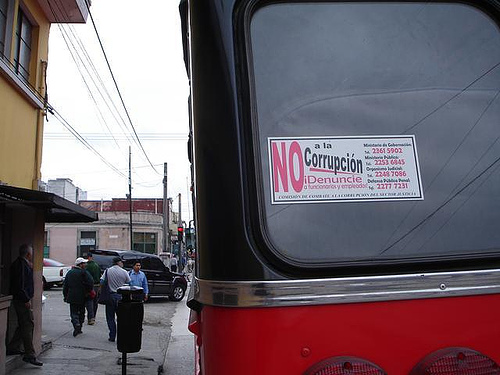 So this whole process has gotten me thinking about how important access to information is and how it really defines our freedom. When we think of the differences between the modern, first world countries and third world countries we think of thinks like power stability, standardization of laws, cost of living, overall infrastructure. And depending on how much you know about third-world governments compared to our own, one may even go so far as to think of big concepts like ‘transparency in government’.

Obviously there are many dramatic differences between third-world countries and first world ones like the United States. When I travel to the Dominican Republic I can’t help but see my trip in terms of those differences. But what we don’t tend to think of is how those differences affect our basic rights of who we are. The fact that my ex is waiting months for a document that defines him, his birth certificate, directly affects his freedom — his freedom to marry, to travel to or become a legal resident of another country, freedom to choose.

Third world countries tend to make access to information very complicated, thereby wearing down the average person who is requesting it. The registry that has my ex’s birth certificate will only provide one copy of the birth certificate per year so part of the problem he has faced is that one lawyer not only didn’t do the translation but actually lost the certificate, leaving my ex in the position where he basically has to pay for a favor just to get what he’s entitled to.

Access to personal documentation is a huge issue in all third world countries. In the Dominican Republic, Haitians who are born illegally there are often not recognized and therefore cannot obtain birth records or other documentation. Haiti, however,  also will not recognize them so these people basically belong nowhere. I remember when my children were born in the Dominican Republic their father rushed to get their birth certificates legalized right away. I didn’t see the big deal at the time but now I am grateful because I realize I might not have been able to bring them to the United States if he hadn’t gotten the documents right away. They actually make it near impossible to obtain birth certificates if you don’t register immediately. In the United States we don’t think about this as much but in other countries if you don’t follow their processes you can end up trapped.

In the United States our access to information is profound. We can see tax records, property titles, government budgets and our personal documents. Through this access we can make informed decisions which is another form of freedom.

As we ponder our freedom tomorrow on the 10th anniversary of 9/11, we need to be grateful for our freedom on all levels because it really is a privilege. In theory we have the right to freedom but when you examine the world you see that it is not a right shared by many which is why for me it is privilege, a gift to be treasured.